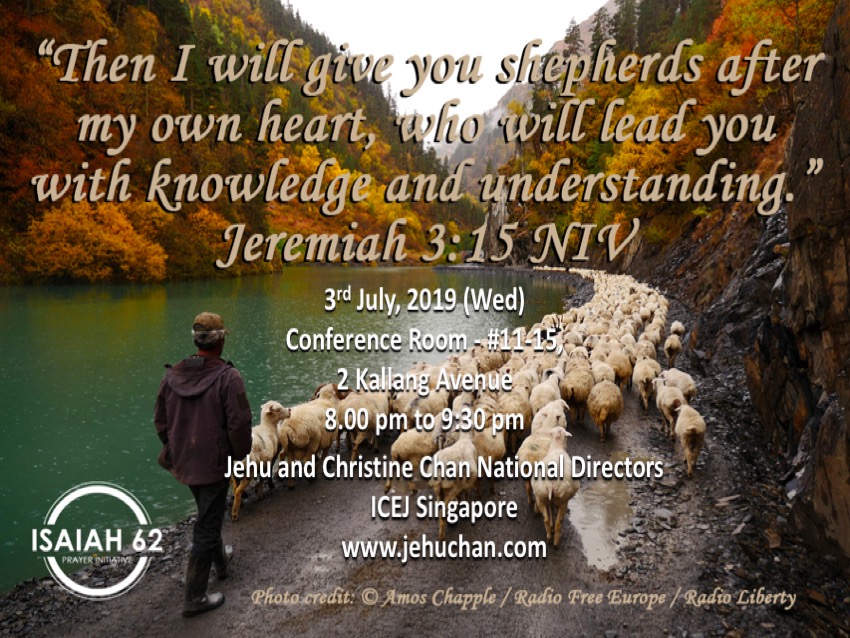 Here at the ICEJ headquarters in Jerusalem, we sense an urgency to focus our prayers this month on the upcoming Israeli elections. For the first time in its modern history, Israel is having to hold a second election season right after the first elections produced a stalemate. We believe there are major developments ahead for Israel and the region. We also are confident that, together, we can have a positive impact on the direction of this nation through our prayers.

Today, Israel is a uniquely vibrant Western democracy. It is a day when people choose their leaders. Yet God remains sovereign over the affairs of men, and He still raises up and takes down rulers – not only in Israel but in other nations as well.

In each instance, God sovereignly intervened to steer the transition from one form of rule to another, and always for some divine purpose. For instance, Zechariah chapter 3 describes how a prophetic flow came to set up the Jewish priesthood as rulers over the nation. Why? Because a certain “Branch” was coming – the Messiah – and Israel’s priestly role needed to come to the fore so they might offer up the sacrificial Lamb for the sins of the world (Zechariah 3:6-10; John 1:29).

In another time of transition, the prophet Samuel was serving as the [last] Judge of Israel when the people demanded a king. Primarily, they wanted a commander to lead them in battle, just like the other nations had. Surprisingly, God instructed Samuel to “heed the voice of the people… for they have not rejected you, but they have rejected Me, that I should not reign over them” (1 Samuel 8:7). Yet the prophet also was told to give the Israelites a stern warning of the abuses they would surely suffer under self-indulgent kings. And they are immediately given a taste in the flawed character of King Saul. Yet not long after, God placed King David on the throne and he became this incredible ancestor and forerunner of Messiah, Jesus!

So we see that sometimes God does let the people choose, and we must live with our choices. But ultimately, God rules over the nations and He is ever working out His divine purposes over Israel and indeed the entire world.

Today, the restored nation of Israel is in great need of godly leadership. David was also flawed and so we should not expect perfection. But, oh, to have leaders willing to seek the Lord with all their hearts for the sake of steering Israel towards its prophetic destiny in God. Let us earnestly pray for such rulers in Israel today!

Peace be upon you!